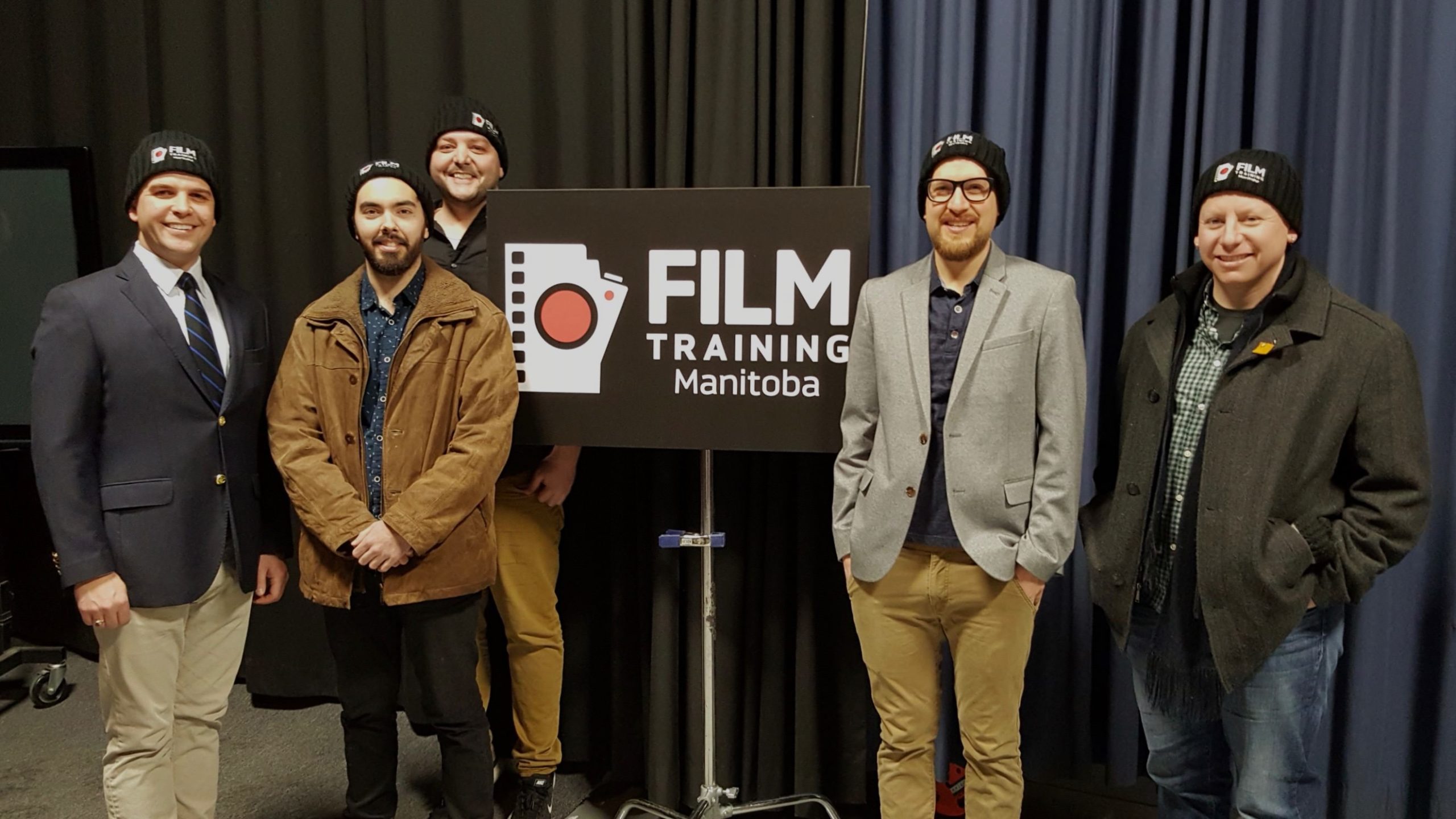 The reaction to FTM’s new look and logo has been unanimously positive, both from FTM staff and industry partners alike.

“It’s a powerful new statement with a powerful new look,” says FTM’s Managing Director, Adam Smoluk. “As soon as we saw it, it was this immediate feeling around the table of ‘This is it, this is our new logo,’ – and the technicians and partners we work with are having the same reaction.”

The unveiling also corresponds with FTM’s upcoming Winnipeg Transit ad campaign, ACTION!, an initiative designed to attract more workers to Manitoba’s burgeoning film and television industry. Preparation for the ad campaign started months ago explains Smoluk, including how FTM could best capitalize on the increased publicity with an updated brand and visual identity.

“Since FTM was created, we’ve really grown alongside the film and TV industry in Manitoba, shifting towards more highly technical training to supply the skilled workforce needed for today’s productions,” he says. “The new logo reflects that shift and emphasizes our role in this important local industry.”

Featuring a stylized image of elements from both film and digital cameras merged into the provincial shape of Manitoba, the new logo was created by Winnipeg design firm Vincent Design. FTM and Vincent Design have had a long and productive relationship over the past decade says Smoluk: the company specializes in Indigenous and not-for-profit creative marketing and designed FTM’s 15th anniversary annual report, current website, and related brand and marketing materials.

“The design is more than a home run, it’s a grand slam,” adds Smoluk. “The logo is an authentic representation of what FTM contributes to the industry and it gives us an exciting new way to connect with our audience.”

Work will now continue to comprehensively roll out the new look across all FTM’s marketing materials while celebrating its 20th year promoting jobs and careers in Manitoba’s film and TV industry.

FTM is dedicated to providing high caliber training and professional workforce development programs to sustain Manitoba’s growing Film Industry. FTM collaborates with workers and organizations in the film and television industry to identify training needs. With this information, FTM offers practical, skill-based training that is targeted where labour gaps occur.